In the brisk, 43-minute anthology film, Cinema-19, a group of experimental filmmakers respond to the coronavirus pandemic with diverse and imaginative results. The films are all 190 seconds long and, say the curator/organizers, filmmakers Usama Alshaibi and Adam Sekuler, “do not attempt to summarize the pandemic, but instead focus on the personal, the political, the sensual, the distant, the abstract, and the absurd.”
Read more

About halfway through AMERICAN ARAB, Marwan Kamel, a local Chicago musician of Syrian and Polish descent, sums up the knotty problem of carving out an identity in a country not fond of ambiguity, and offers this solution: “Give people the space to be complicated.” It’s something of a thesis for director Usama Alshaibi’s complex and extremely personal documentary. The core of the movie traces Alshaibi’s life through family photos and home movies as he bounces from Iraq to Iowa to Chicago, occasionally doubling back. In AMERICAN ARAB he examines how this sense of impermanence, coupled … Read the rest

Read more at the The Independent … Read the rest 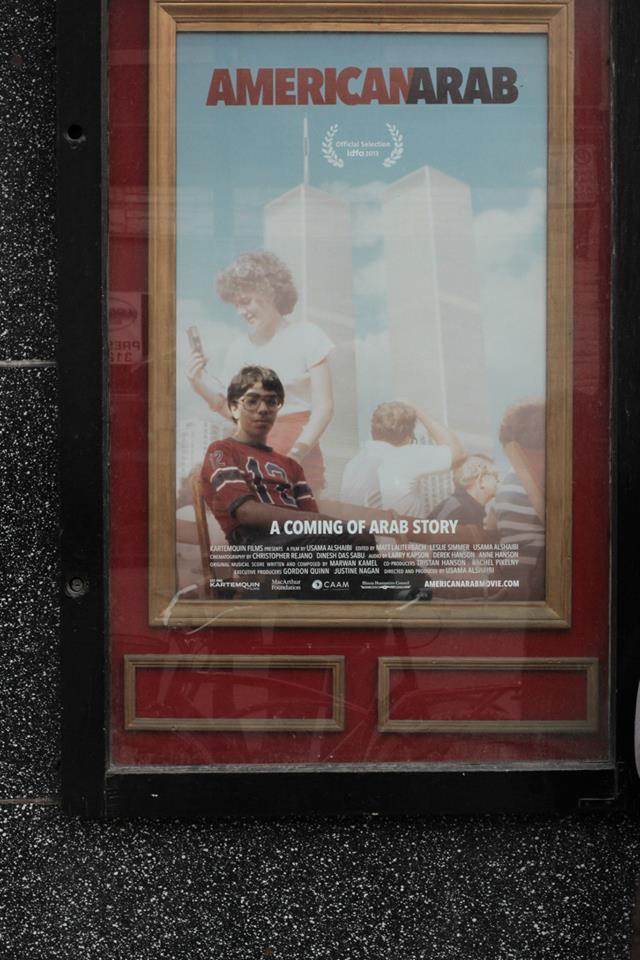 A lot of what Alshaibi said in the film resonated with me as an Arab-American. He spoke about watching movies as a child that grossly misrepresented Arabs as mindless and sex-starved, and seeing violent Arabs come at Michael J. Fox’s character in the film Back to the Future. Many times, I was fed the same narratives as a student. In my Advanced Placement World History class, we were shown the film Not Without My Daughter, which was full of bigoted depictions of Muslims and Iranians in … Read the rest

In Usama Alshaibi’s autobiographical documentary, the director recalls watching the popular comedy/adventure “Back to The Future” (1985) in a movie theater in Iowa City. He recounts how the appearance, out of nowhere, of a gang of “Libyans” determined to kill Doc, the movie’s loveable mentor, forced him to confront his own divided and complicated identity. The event abruptly dislocated Alshaibi from his role as an American teenager (something he longed to be) into the Other – the caricatured, malevolent, and despised Arab.

Watching “Back to the Future” in movie theaters in Pittsburgh and Houston, this reviewer and her brother experienced … Read the rest 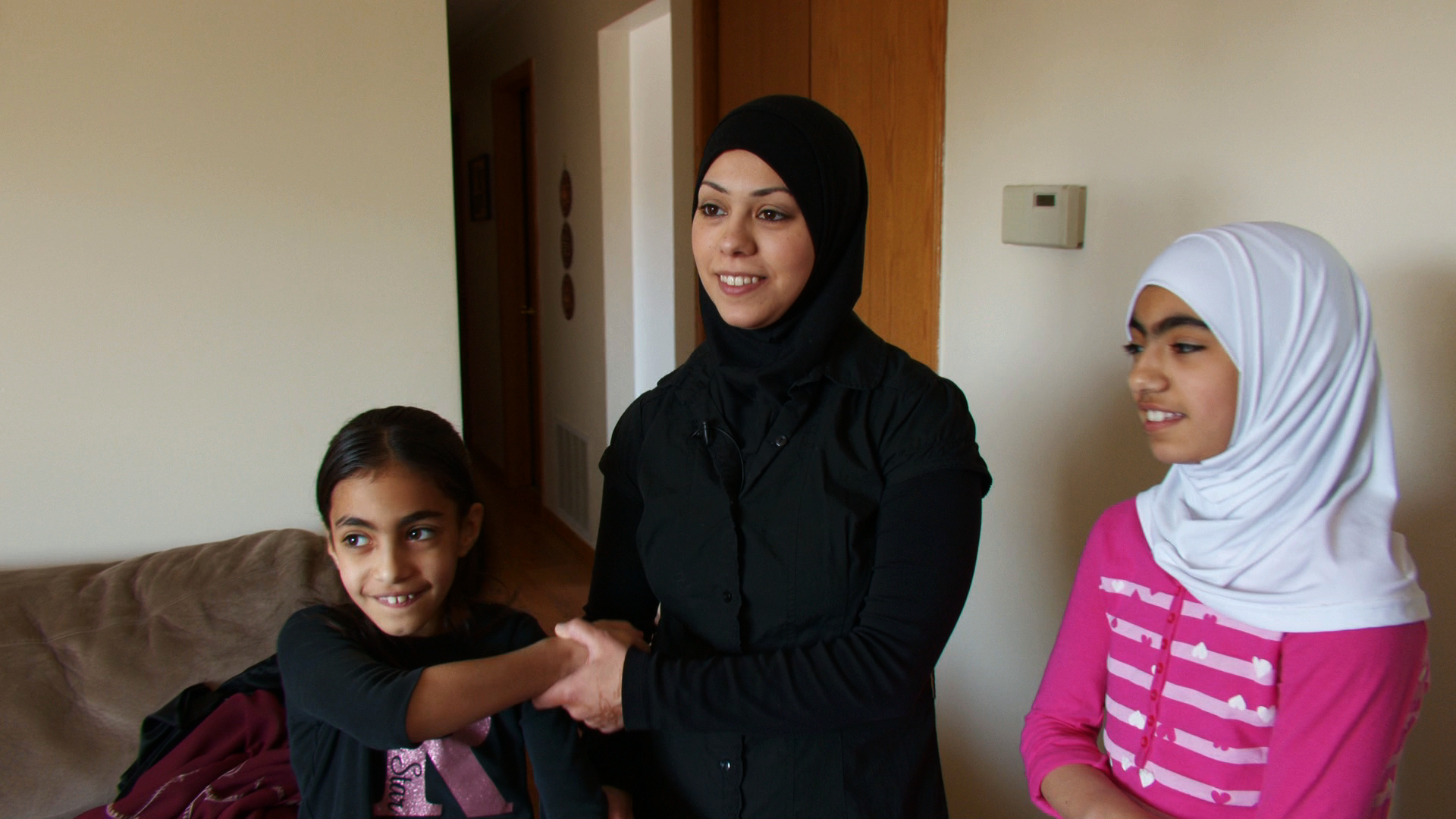 “American Arab does not attempt to provide a definitive statement about the Arab experience in America. That might make a fine documentary some day — and Alshaibi would be excellent at making it — but here he is more of the inquisitive artist, seeking some kind of answer to questions that seem to keep shifting with each major life event, from the death of his brother to a brutal hate crime assault in 2011 to the birth of his beautiful daughter, Muneera.”-By Mike Everlet
Read more 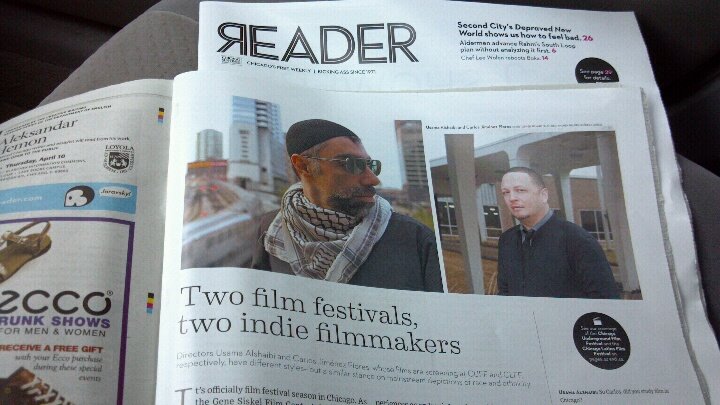 “It’s our responsibility to change the visual landscape. The people who are making these Hollywood films have a cartoonish conception of what a Puerto Rican is and what an Arab is. They put the simplest two-dimensional character on the screen, another movie copies it, and they become cookie cutters. We … Read the rest 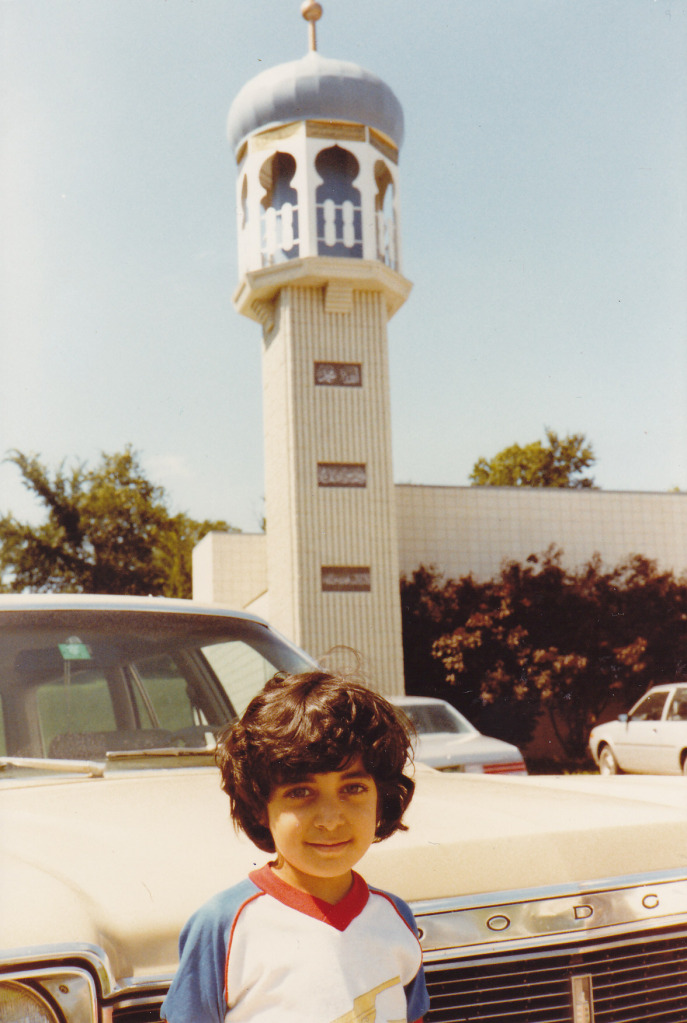 Alshaibi’s new film made its world … Read the rest