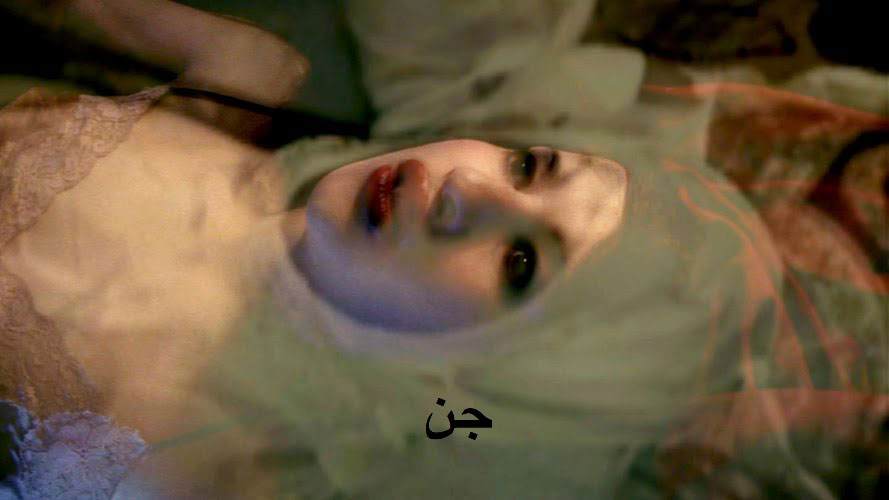 I’ve had this idea for a long time. To make a film about a Muslim sex-worker who is conflicted about her job and religion. The idea of the djinn (a mythological spirit creature made from smokeless fire) came a little later as I was doing my own research. I was born in Iraq and raised as a Muslim. Although in my own family they were not extremely religious or conservative in regard to Islam– we would attend Mosque for special events and we did celebrate Eid. I also lived for a few years in Saudi Arabia where I became much more devout as a young Muslim and started to go to Mosque on a regular basis and reading the Quran daily. But I was also exposed to other things growing up there. I saw pornography for the first time in Saudi Arabia and would hear stories about orgies and drug use. Keep in mind that Saudi Arabia is extremely conservative as the birthplace of Islam– but it also had a lot of wealth. It was a place that had one face on top and beneath it was something else, something more sexual and chemical going on. It didn’t surprise me too much – this hypocrisy and dichotomy between religion and vice seem always intertwined.  As I wrote the outline of the character for Muna (the protagonist in Profane) I wanted her to be a real person but to also to embody some of that conflict that Muslims might go through (and for that matter anyone that is devout in their religion).

That was one element of what was driving me to write the screenplay and make the film. The other influence was from a story I heard from my uncle. He told me that he read about a famous Egyptian prostitute who was also a devout Muslim. She prayed the customary five times a day, and after her last nightly prayer, the Isha prayer, she begins to take clients. In the newspaper interview, she says that she doesn’t consider what she was doing as sinful, because she is surviving and feeding her kids. She says she is devoted to God and she knows that God is the only one that can judge her.

I liked that idea that my character would have a very personal relationship with God and form her own private ritual, in her prayers, that is infused with sensual devotion. But I wasn’t sure if I was brave enough to make the film. I was encouraged by my wife. She said “just make it.” So slowly I began, by shooting images of the character Muna. I started interviewing the actor Manal as Muna, who stayed in character. Her narrative and story emerged through that process. I knew that I didn’t want to make a traditional fictional film.  I needed other layers of insight into her world. So this style emerged – something interweavng documentary and fiction filmmaking, with an experimental bent to the whole aesthetic. 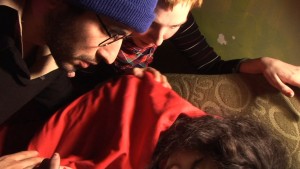 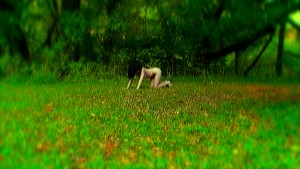 My own relationship to the Abrahamic faith fueled much of the creation of Profane. In some ways, the film helped me to exorcise my own metaphorical demons. As I grew older I started to identify more as an atheist and was critical of some of the passages in the Quran. But I still consider myself culturally Muslim. I’m still fascinated and entangled in the mythology and rituals of Islam. The Quran is a strange and poetic book. In creating Muna, I wanted her to embody the beauty of the Quran within her prayers and rituals. But she also has a projected fear of what she refers to as her djinn. These supernatural creatures, the djinns, are very much part of Islam and are mentioned in the Quran many times. Unlike the Christian notion of demons, djinns can be either good or evil. Although their reputation is one of mischief. I liked that idea of creating a narrative that obeyed the Quranic rules of the behaviour of the djinn. This mythical, or even mystical, djinn thus becomes something real, or something metaphorical in Muna’s perception of what is happening to her. Is it in her head or is this something real? The implications of this depends really on your own belief system. If you believe in supernatural powers, then she is truly haunted. If you look at it from a scientific perspective, then perhaps she has a drug problem combined with mental illness. I present these issues but I don’t necessarily answer them. That is left up to your interpretation. 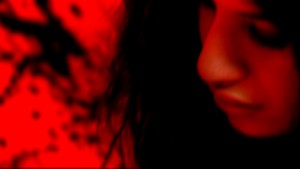 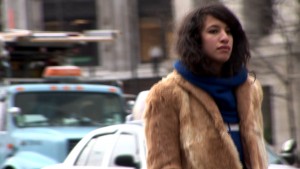 There are many practices in Arab culture that come from pagan traditions and pre-date Islam. The evil eye, reading coffee grains, talismans and charms come from old traditions and practices that are usually passed down by generations through women. So from Muna’s perspective, she is in a contemporary way combining her own particular style of praying into core Islamic belief. So she might be in her underwear when she prays, but she does cover up her hair. On the outside that may seem silly, but it’s all a bit silly if you examine it. She is reacting to what she believes she must be doing and what she feels like doing. But she is also using the hijab (head scarf) for a purpose unrelated to modesty. She uses it as a symbol to create a sacred space for herself within her own very personal ritual. So I don’t think Muna really represents Western nor Eastern values. I don’t believe her “Western” lifestyle is that typical of Western attitudes. I think people in the West might be tolerant of prostitution but it’s not mainstream in any capacity. I think it would have the same level of taboo in both cultures. I also don’t think Muna’s excessive drug and alcohol consumption is that acceptable in either culture. But yes, there is a certain diving into vice that Muna explores in the United States that would have to be a bit more secretive if she was in a Muslim country. The irony is that there is nothing she is doing in the United States that she could not do in the Arab world. It’s just more underground in some parts of the Middle East. 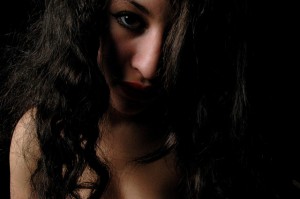 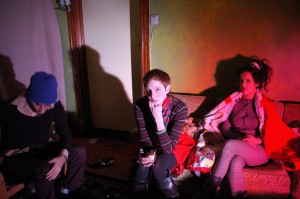 There are traditions in many religious beliefs that conflate sensual and mystic/religious ecstasy. Usually, when it comes to religious devotion, we will see passion in reciting of the Quran from men. Rarely will you hear women reciting passages from the Quran in front of Muslims or hear a woman’s voice when it comes to call to prayer. And you will rarely ever see women lead a prayer group. I wanted to preserve Muna’s free-spirit with her belief. She feels very sensual toward the Quran and the prayers, so she makes herself slightly naked to it. She is playing with powerful symbols. In many cultures there is a kind fear and taboo when it comes to women and their bodies and hair. She is placing herself within that energy and making it her own. You also have to keep in mind that what we are seeing is something very private. When she prays in her bra, she is not doing this in public, just alone in her room. As I mentioned before, the headscarf is recontextualized for Muna and becomes a way to remove herself from the mundane and enter into a more meditative or sacred mindset. She places herself as a submissive to God. And in accordance to Islam that is exactly what she should be doing, to submit. So I wanted to reveal that about Muna. That she is a sensual religious person that has her own personal relationship with God. Muna says it in the film when asked why she gave up escorting: I used to submit to men now I only submit to God.

I don’t think Islam as a religion causes any friction within Muna. It’s the people, particularly the men, who want to enforce their own dogma or rules onto her. The religion is benign in a way. It is the men who come to her apartment to ‘save’ her in a way from how she is practicing Islam. They come to set her straight even though she doesn’t believe she is doing anything wrong. 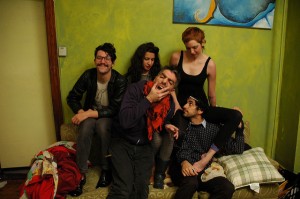 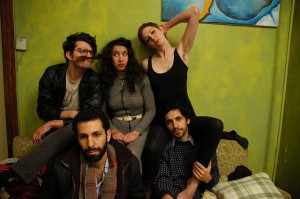 People have asked me if I was worried about making this type of sacrilegious film. I wasn’t too concerned with causing any offense to Muslims. I’m not trying to offend anybody but I can’t control it if they are. I don’t believe the film has caused any offense at any screenings. When I premiered the film at the Chicago Underground Film Festival, there were some Muslims in the audience and they appreciated the film and commented that they knew people like Muna. I think there is way too much fear when it comes to artistic expression associated with Islam. I think because there has been such a back-lash against Muslims in general, it makes it more difficult to make this kind of film. But I think people of Islamic faith will really appreciate my film. But of course you worry about some of the extremists out there. I don’t want to live my life afraid, and we need more Muslims and Arabs to stand up to the religious police and thugs.

Much of society shames other humans for how they love, how they fuck and how they pray. I wanted to make a film that was not only a story expressing a unique form of devotion, but also a film that is a testament to the freedom of expression in all its sacred and profane forms.