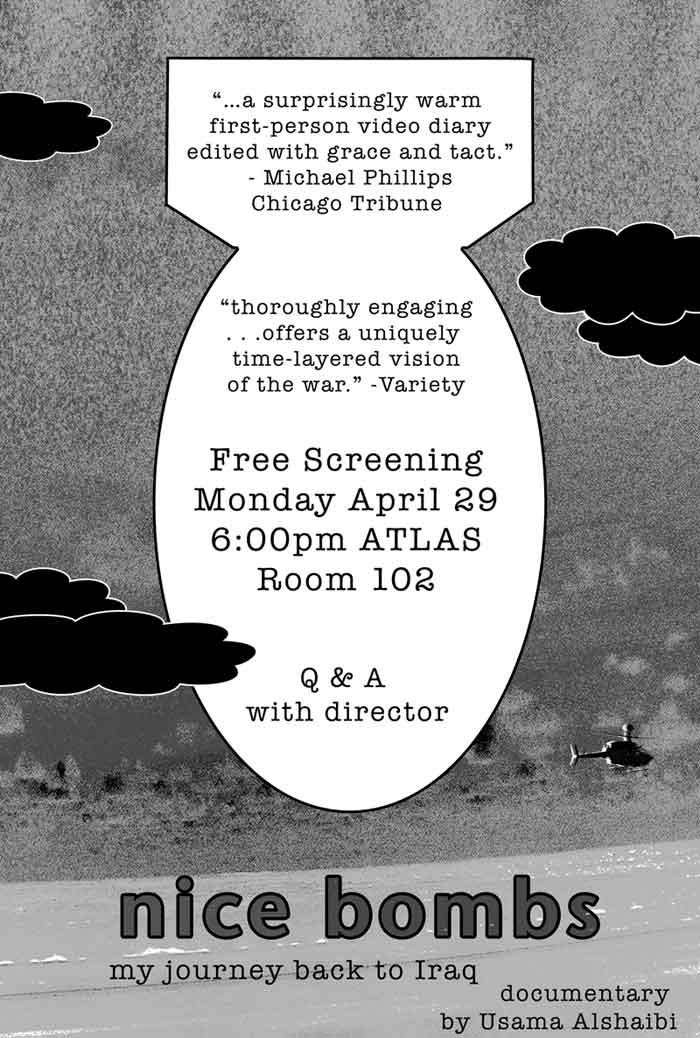 Please join me for a free screening of my 2006 documentary feature film Nice Bombs.

In early 2004, along with my American wife and Iraqi father, we drove into the most dangerous city in the world, my birth home Baghdad. This is a personal and diary like film. 10 years later, marking the anniversary of the war in Iraq, I would like to share my documentary and have an informal question and answer session with students, professors and anyone that is interested in attending.

This event is free and open to all University of Colorado students. Film students are especially encouraged to attend.

Nice Bombs has won several awards and had a theatrical release in Chicago and New York City in 2007. It’s broadcast premiere was on the Sundance Channel in 2008.

Thank you and hope to see you there!