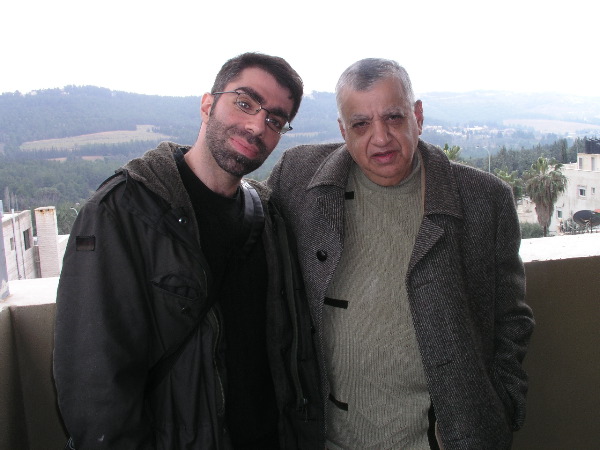 Right before my dad and I drove back to Baghdad in early 2004, my wife Kristie took this picture. It was the first image of a very intense and life changing trip for both of us that is documented in my film Nice Bombs. My father and I had been apart for so many years, and been away from Iraq for over 24 years; so it made this trip so significant. My father Hameed has been known as being a risk-taker, reckless, an adventurer and someone who never needed map… let’s just keep driving he would say. But for me, it helped when I took my own risks and traveled and entered new and strange places. It’s ironic that he brought us to the United States but he was never able to settle here. This is the first father’s day since my dad has died. There is something about being a father myself, as well as getting older and reflecting on my own childhood, that has given me a deeper love and appreciation for my own father. Happy father’s day to you dad. Miss you.