We are excited to announce that American Arab is now available to watch on iTunes and select Cable VOD outlets: ATT Uverse, Verizon Fios, Charter, and Cablevision.

The film world premiered at IDFA 2013, the world’s largest documentary festival, and had its US premiere at the 2014 Big Sky Documentary Festival before gaining an honorable mention as the closing night film of the Chicago Underground Film Festival.

The American Library Association praised it as a “a potent discussion starter,” and Documentary magazine wrote that “in the great tradition of American personal documentary film, Alshabi also struggles with what it means to be a filmmaker who happens to be Arab-American. Less concerned with aesthetics than ideas, he uses the camera as a tool to dig for answers about identity, art and filmmaking that are often overlooked.”

Explore Usama’s unique perspective today on iTunes and Cable VOD! Our thanks to Passion River for getting the film on these outlets. The film is also available to screen for institutions through Cinema Guild. 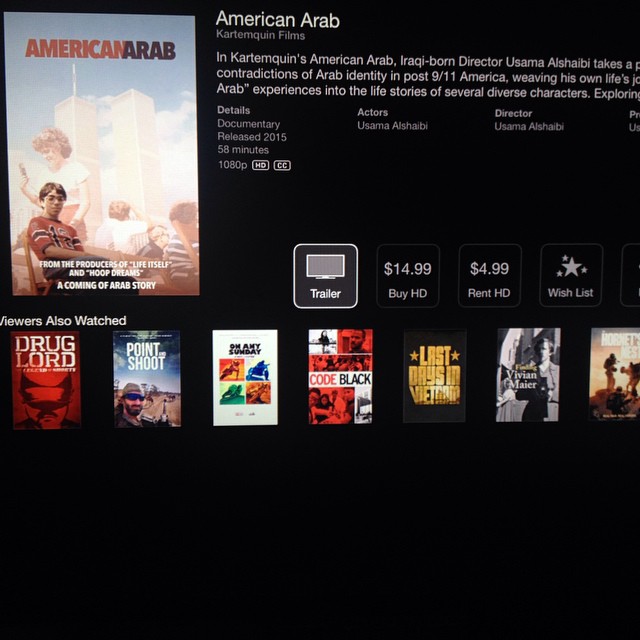