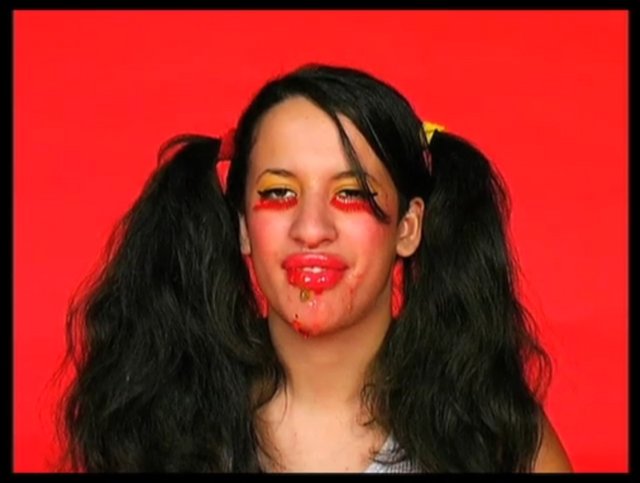 YOU ARE WHAT YOU EAT! GET THEE TO THE VOMITORIUM!

At the Brisbane Underground Film Festival.

A spun out journey through a selection of underground films and food, featuring some culinary mayhem from some of the nineties and noughties most entertaining underground filmmakers. From explorations of the audience’s gag reflex to brain expanding psychedelic fungus compounds, through conversational bovines and of course meat, meat, meat, glorious meat! A rare screening of some legendary extreme underground movies culled from the glorious underbelly of cinema.

With an introductory talk by Jack Sargeant

As an author Jack Sargeant’s work has been described as “dangerously inspirational” by Six Degrees magazine. His numerous books on cinema include Deathtripping: The Extreme Underground, Naked Lens: Beat Cinema (like Deathtripping, now in its third English language edition) and Cinema Contra Cinema. He is co-editor with Chris Barber of No Focus: Punk on Film and with Stephanie Watson of Lost Highways: An Illustrated History of the Road Movie. In addition he has written on underground and cult film, sonic art, alternative music and subcultures for numerous books and anthologies including From The Arthouse To The Grindhouse and Underground USA, amongst others. Jack has written introductions for books by Lydia Lunch, Romain Slocombe, and Joe Coleman. The author of the acclaimed book on underground art Suture, he has also edited several volumes of true crime writing. He writes a regular column on underground film for FilmInk, and has written articles for The Wire, Xochi 23, Fortean Times, World Art, Real Time, Metro, Headpress and many other publications. He has recently completed essays for publication on William Burroughs and JG Ballard.

His writings have also appeared in the booklets accompanying numerous DVDs in the USA and UK, including the BFI release of Jeff Keen’s films and the Industrial Records Throbbing Gristle DVD box set.

Jack has frequently appeared as a documentary interviewee in films including Blank City, The Advocate For Fagdom and Llik Your Idols. He also appeared in Jon Hewitt’s hardboiled thrillerX released in 2011. He appears as a DVD extra on numerous films including the American release of the Burroughs influenced underground movie Decoder and the Australian release ofTwo Lane Blacktop.

His Forbidden Knowledge lectures on underground film and culture, beat culture, William Burroughs, decadent literature, sex and many other topics have enthralled audiences across
the world. Since mid-August he has co-curated Atrocity Exhibitions at Alaska Projects, Sydney, presented a ten-hour plus screening at the Underground Film Festival, Eire, presented a paper on William Burroughs at the European Beat Studies Network conference in Holland, and a Beat Film retrospective in Winnipeg, Canada.