I interview café owner Frederique Boudouani who is bringing Algerian food and culture to Elkader, Iowa, the only town in American named after an Algerian Muslim war hero. I also interview Imam Taha Tawil who runs the oldest mosque in America in Cedar Rapids, Iowa. Imam Taha is a friend  and we go way back since he used to tutor me in Arabic when I was younger and lived in Iowa.

Pictured below is Dinesh Das Sabu who was the cinematographer and Usama with Imam Taha at the Mother Mosque.

My Episodes are 2 and 7. Watch them here: http://www.arabamericanstories.org/the-stories/ 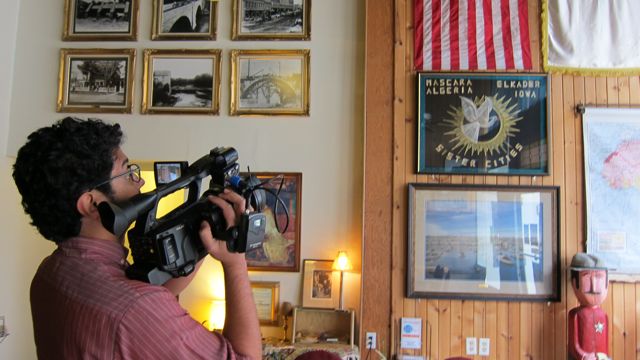 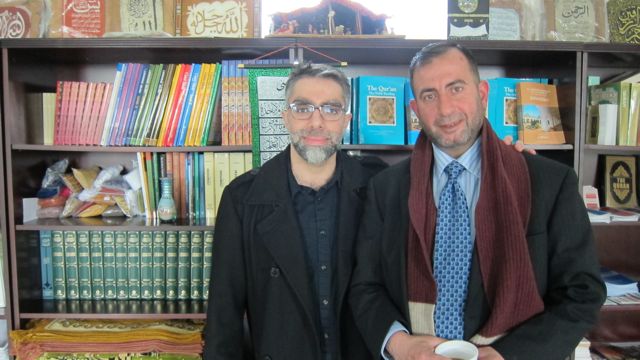 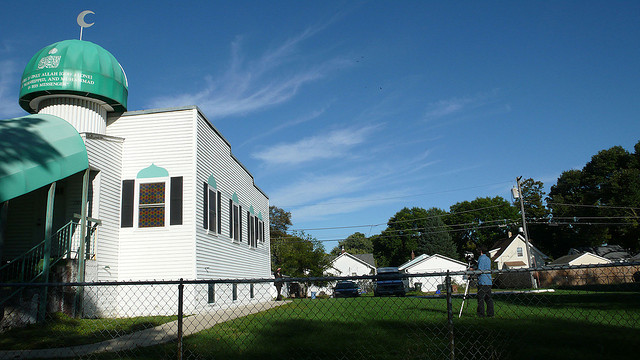