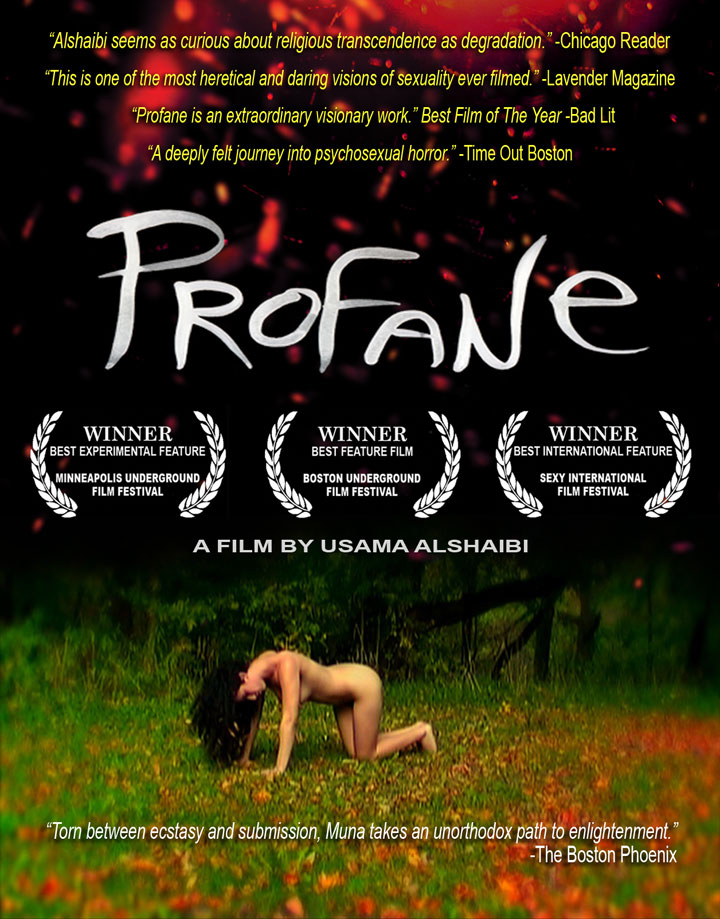 Like a bargain-basement version of Gaspar Noé’s Enter the Void, this Chicago-shot feature by Usama Alshaibi (Nice Bombs) uses a panoply of shock tactics—rapid editing, blurry superimpositions, drug use, and S-M—to evoke nauseous fascination with the sexual underworld. And like Noé, Alshaibi seems as curious about religious transcendence as degradation. The heroine, a Jordanian immigrant, works contentedly as a dominatrix but wants to reconnect with her Muslim roots; scenes of her lurid career alternate with a sweet subplot in which she befriends a religiously devout Middle Eastern cabdriver. Though certainly not for the squeamish, the movie is a striking story of life in the Arab diaspora, aided rather than undermined by its occasional narrative incoherence. —Chicago Reader

Torn between ecstasy and submission, Muna takes an unorthodox path to enlightenment, one that Profane dramatizes with documentary methods and psychedelic imagery. Alshaibi demonstrates that true reverence sometimes requires transgression. – The Boston Phoenix