A man finds a mysterious woman weeping near a tree. He approaches her and they fall in love. But she runs away and a headless creature comes out of his mouth.

Pre-production sketches and collage for The Flowering. 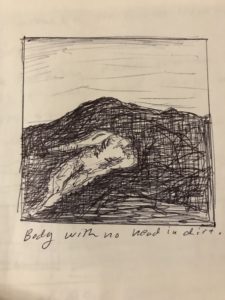 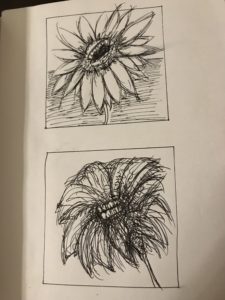 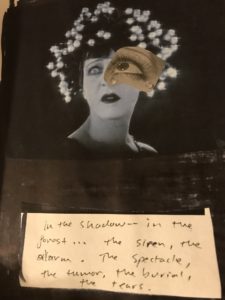