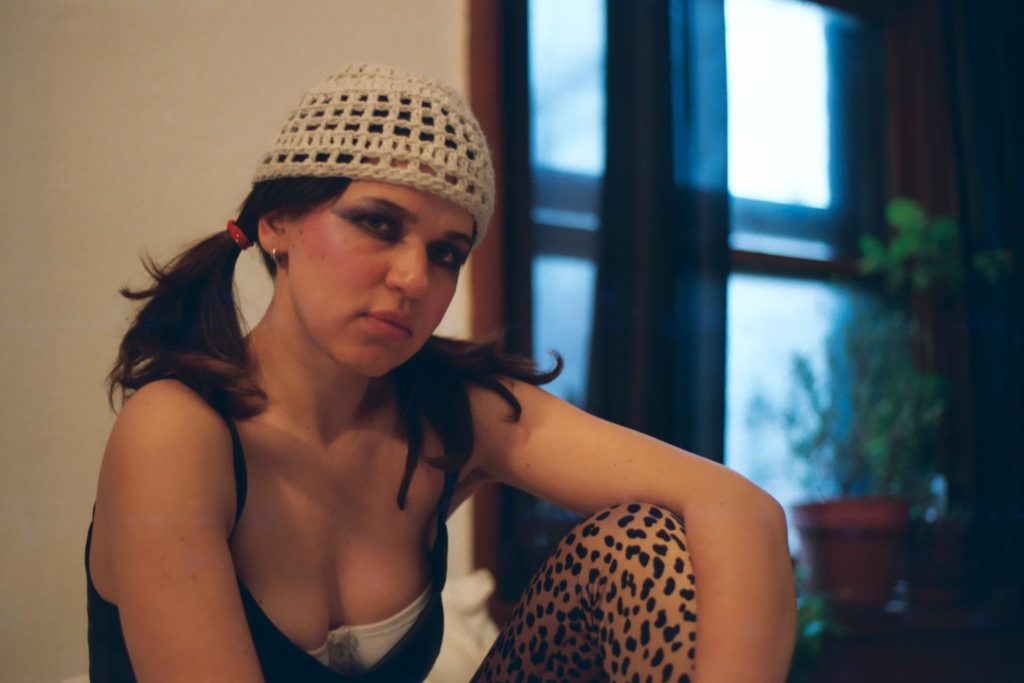 “Alshaibi’s alter ego in The Amateurs is much more aggressive than what we believe the real Ashaibi, the one who directs the film portraits, to be. For the most part, he keeps himself removed from the on-screen “action.” He remains mostly behind the camera cajoling his two male cohorts to do terrible things to the women who have arrived for the shoot. The film is a comedy with the humor arising both from Alshaibi’s ridiculously bold requests and the males’ reluctance to do what he asks even when the women seem agreeable, sometimes too agreeable.

It’s an interesting turning of the tables on the sexes. The men are humiliated when they act sensitive towards the women. Both the female subjects and Alshaibi the director directly insult and humiliate them. But when push comes to shove and Alshaibi is forced to take the reigns, even he is unable to consummate the acts he desires to watch.

While much of The Amateurs is extremely funny, two scenes are unbearably tense. The first comes from knowing a little bit about Alshaibi outside of the Solar Anus Cinema disc. It’s not identified beforehand, but one of the women in the film is Alshaibi’s real-life wife, Kristie. The closest to sexual touching — and I want to point out I’m not referring to anything explicit here — comes when Alshaibi touches Kristie in ways to show the men what he wants done to her. During these scenes one starts to wonder how far Alshaibi is going to go with this charade.

The film then concludes with it’s most tense situation yet. The Amateurs, although knowing it’s fiction, has a very strong, realistic documentary feel to it and by doing things like casting his real wife, one starts to wonder how much fiction and documentary are influencing each other. The final scenario involves a girl who doesn’t speak English and her drunk, unconscious boyfriend. The violence is ratcheted up to an almost unbearable level when one just doesn’t know how much is acting and how much is real. Does the actress speak English or no? Is that guy really drunk or is he exceptionally convincing? Setting up these tense sequences is when Alshaibi shows off his greatest skill as a transgressive filmmaker” –By Mike Everleth, Badlit.com